Wrapping up; Street Feast 2017 – the biggest and best one yet!

Here are some of the lovely photos and videos that have been sent in. We hope you enjoyed Street Feast 2017 as much as we did!

Mayor of South Dublin @sdublincoco Guss O’Connell addressing the @Under_OneTent. The Iftar Street Feast is just about to start pic.twitter.com/gEvBsUqw06

9am – This is Joleen from CrossHaven! Their feast is going on till 3.0 in the community centre! 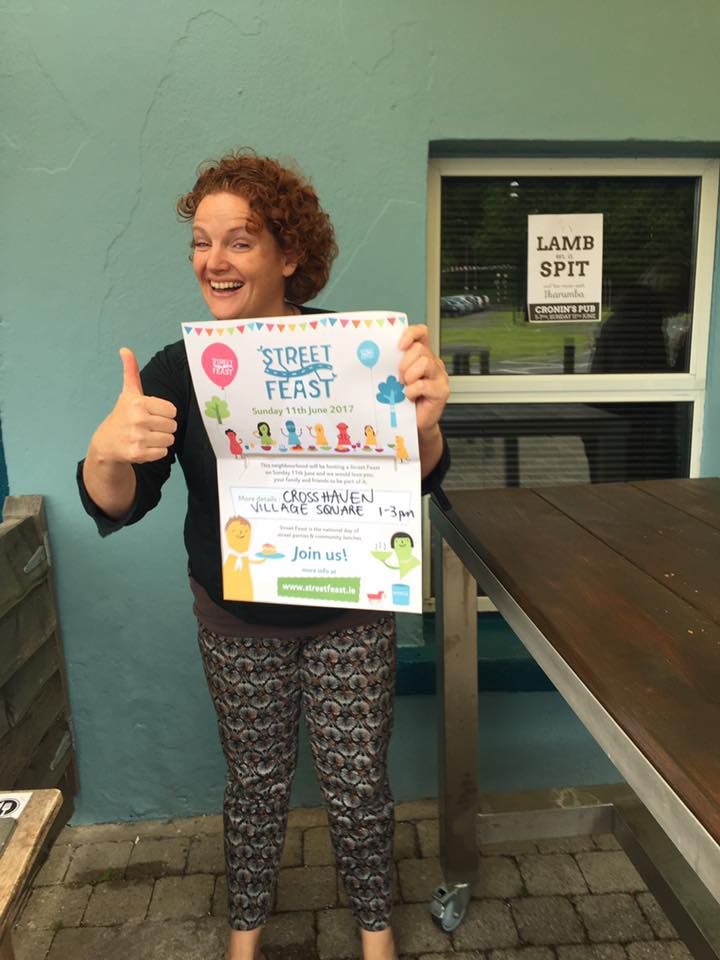 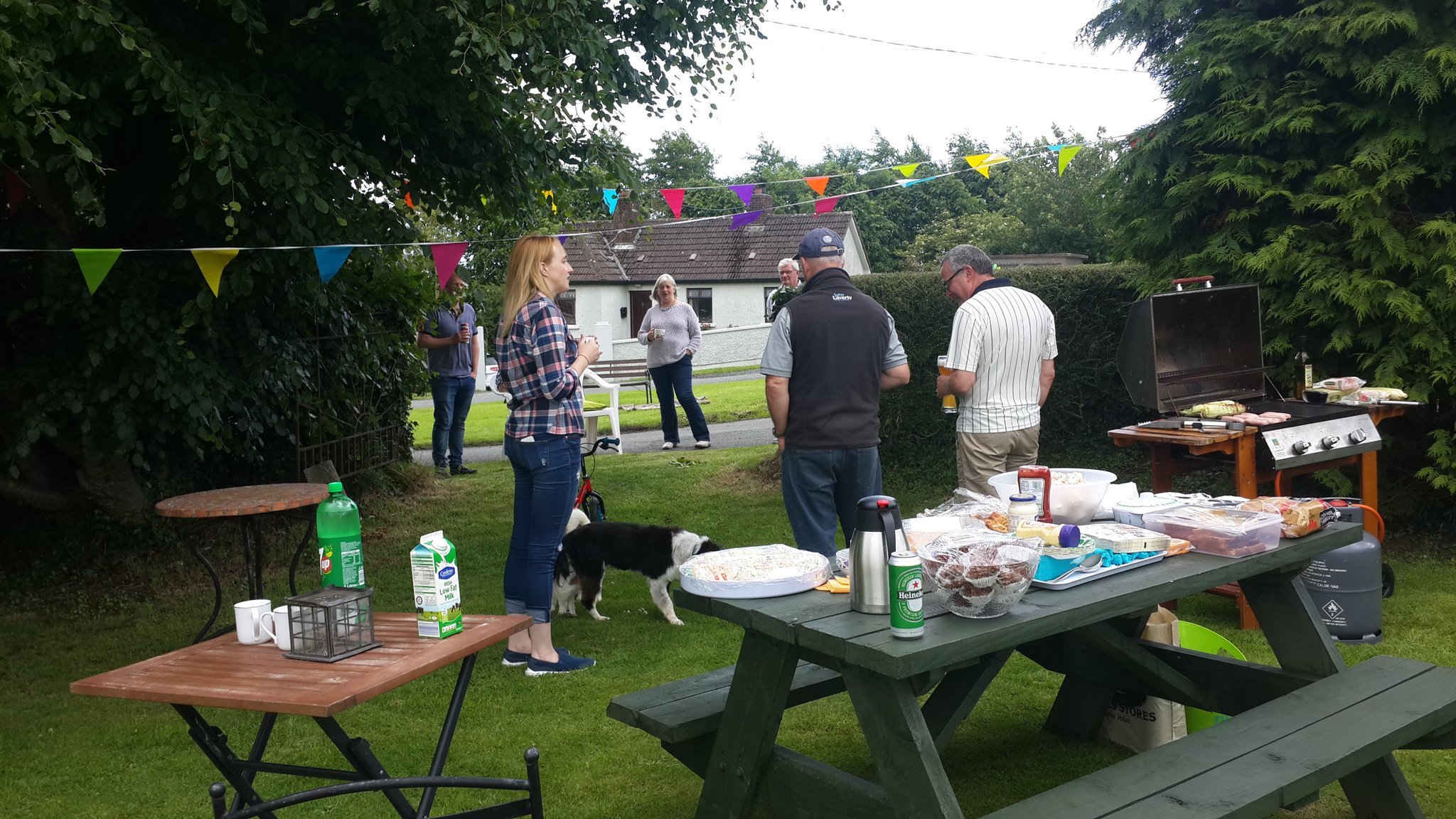 The tables are waiting at McCarthy’s Pub in Ballygurteen ! Do we see a bit of blue sky?!

1:45pm – The people of Grand Canal Dock are feasting, celebrating and cracking down on food waste! Go and say hello if you’re in the area 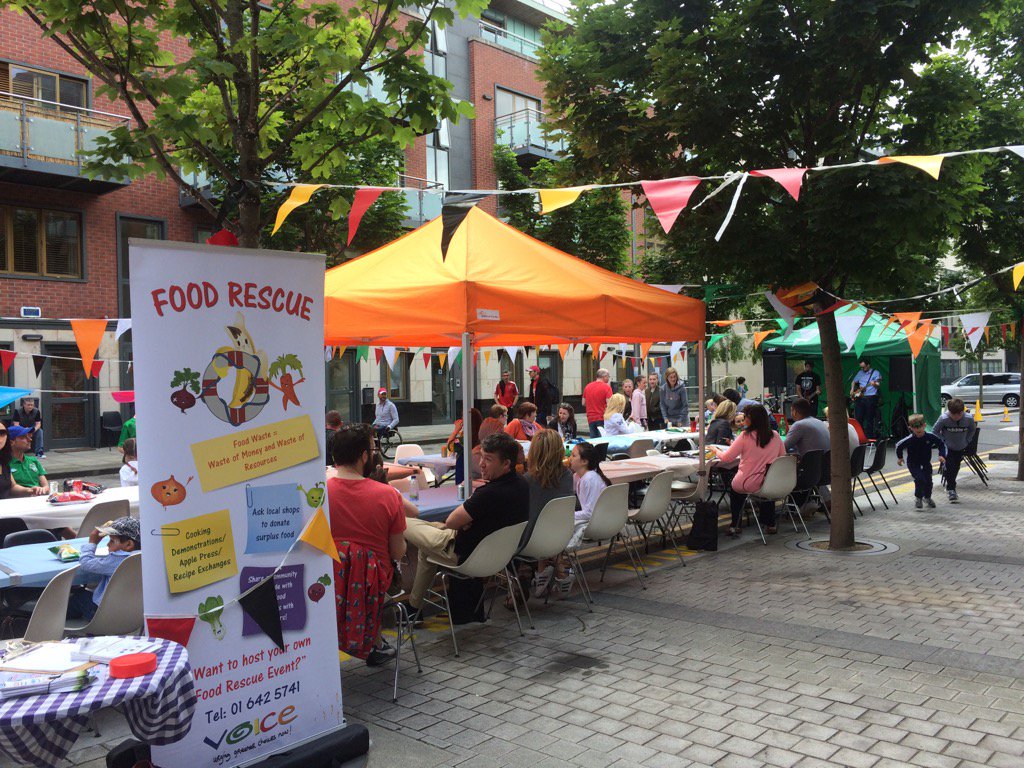 14.10- Looks like this guys ready to feed some hungry humans at The Station House in Edenderry! 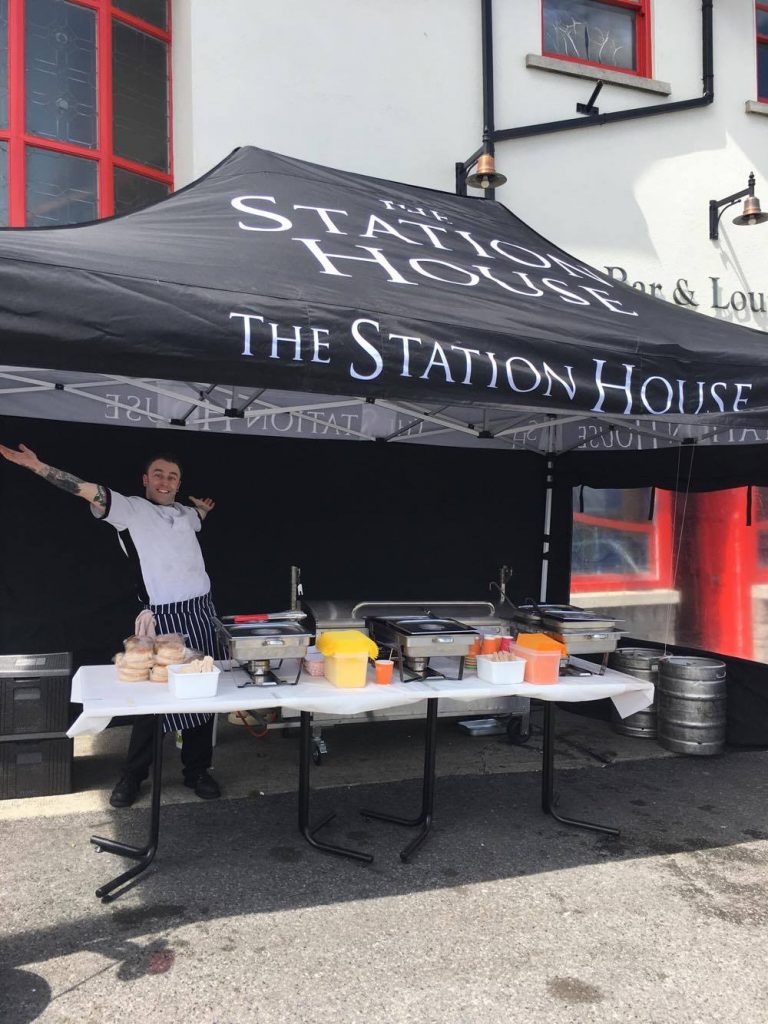 Here’s a few pics of the OurTable Street Feast at the Fusion Market in Dublin 8. OurTable is an initiative which aims to highlight Direct Provision and the resident’s lack of access to kitchen facilities and appropriate food. Ellie Kisyombe has made incredible food today! FoodCloud have provided surplus ingredients from their FoodCloud Hub. 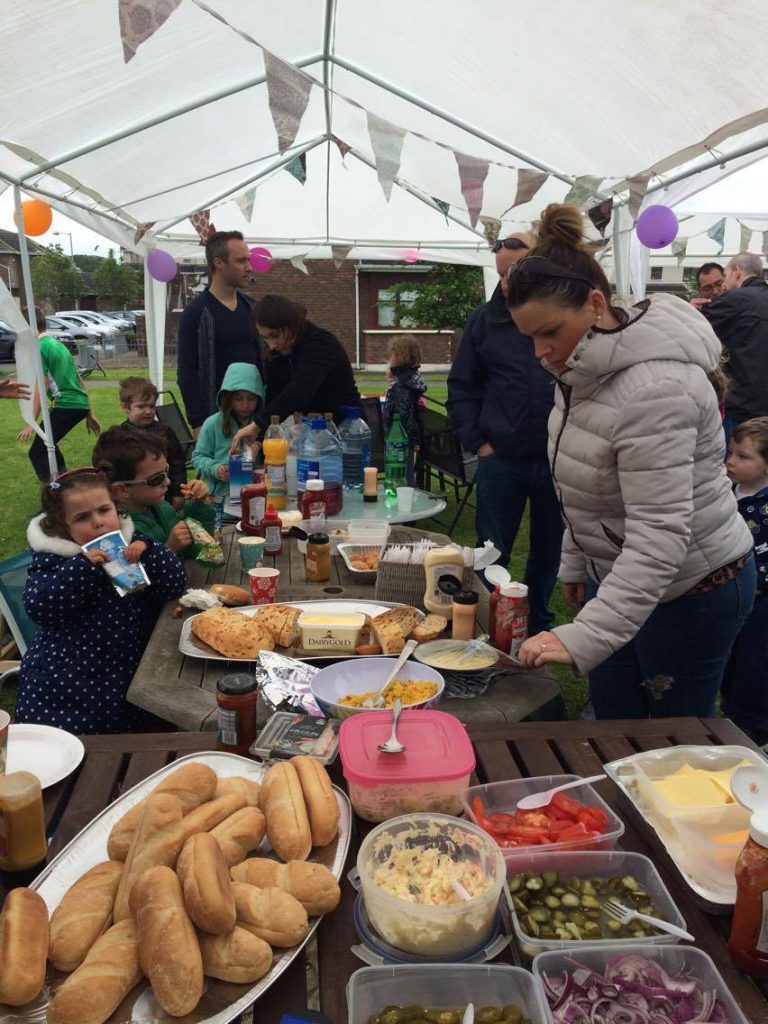 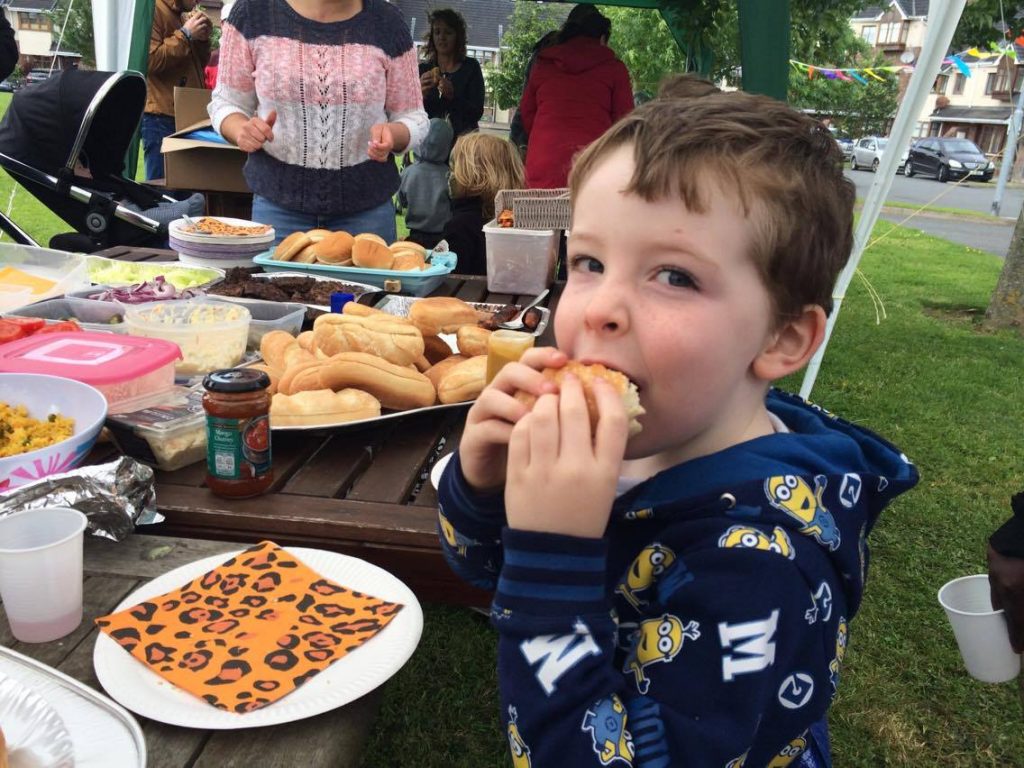 14.58pm- Continuing to feast whatever the weather! That’s the spirit

@streetfeast the kids found a way out of the showers pic.twitter.com/Mqqgd0xIHk

It may be raining but that won’t stop this years feasters!

Wine and food shenanigans in Dublin 8!

When it turns out your neighbours are proper foodies 🙌🏻🙌🏻🙌🏻#streetfeast #dublin8 #Dublin pic.twitter.com/u4AunZKtDn

Pizza party going on in Ballybough!

ah sure, they’re expert StreetFeasters down in Bantry

The sun has come out for the folks in Foxrock!

The sun has come out for our @streetfeast party at Flanagan’s Field Community Garden #StreetFeast2017 pic.twitter.com/LDGo2TWAWM

Not even the rain could dampen these fellow feasters

It’s all fun and games in Tullamore..

Great food and even better company with the Carlow crowd today

Making the most of @streetfeast #carlow despite the rain showers 🌂 Lots of good spirits + gr8 food all round! pic.twitter.com/7ftpwOgjxj

Dancing up a storm at the Bafolk Street Feast in Phoenix Park, Dublin

And they look just as good standing still!

Meet some of our wonderful Street Feast team! Joe, Claire and Nat – thanks for all your help guys!

Ferrybank’s first ever Street Feast was a huge success

Boys at the Bloomsday barbeque in Dublin

What a turn out?! Well played to the Rosehill Street Feast in Midleton, County Cork

Next gen. Street Feasters doing us proud in Limerick

Great day @DublinFoodCoop – Our Table and @FoodCloud working together to create a very special @streetfeast pic.twitter.com/1gfItQOyWi

One of our champion Street Feasters, always a smile on her dial!

Fabulous faces in Mullingar, Co. Westmeath over the weekend for #StreetFeast2017 😁

Great spot for a Street Feast – The Liberties, Dublin

An Garda Siochana motorbikes for Street feast 2017 in Artane

The kids disco on down..

Great team effort to pull this one together in Co Galway

Photos & videos in TODAY to WIN!

Better late than never! A fab @streetfeast in Athenry today in the sunshine ☀️ pic.twitter.com/yF8XnXY37r

What an amazing turn out in Clonakilty?!

The summer equivalent of Christmas lights! Great @streetfeast yesterday in Carrigadav, Castlegregory despite the wind and rain. pic.twitter.com/iUMADKvn3n

What a great day! We enjoyed every minute of #streetfeast2017 – loved getting to know neighbours and watching all the kids playing together ❤️🎉

The Slowfood Feasters showing us how it’s done..

So many new Wicklow Street Feasts popping up this year, so great to see!

The Easkey Street Feast in Sligo is always a lovely gathering!

What a great way to spend a Sunday afternoon?! Giant thanks to everyone from Easkey+beyond for a delicious get together on Main Street. See y'all next time 😋 🎈❤️ #easkeystreetfeast2017 #streetfeast2017 #faoinaer #sligo

Total wash-out! But don’t worry, the celebrations picked up right where they left off as soon as the shower passed..

What a great spread! Bantry feasters in Co Cork with some of their lovely local produce

There are lots of good reasons to have a Street Feast, but it's really just a great excuse to eat great food, celebrate your local community and meet new people who live near you. For all our latest news check out Neighbourhood Network News